This Anglican think tank blog presents articles and conversations addressing what it means to be Anglican. At the core, Anglicanism is Trinitarian Christianity. And, Anglicanism can be described by How we Study, How we Worship, and How we Grow. Thus, "ATLAS" concerns Theology, Liturgy, and Spiritual formation.

Britian has some of the earliest evidence of Christian art. This 4th century lead tank from Suffolk includes the ancient Chi-Rho and Alpha-Omega symbols. It was probably designed to hold water at a church. The grounds also included a cemetery, which may explain the reverse order Omega-Alpha.

Stetson University in Celebration, FL, offers the LifeLong Learning sessions as a way to enlighten students and bond neighbors together.  Susan Bubbers is currently teaching a New Testament Survey course.  Session one was recorded in two parts, one  http://youtu.be/Jiuw7L6MUW0 , and two http://youtu.be/iExPY-J_gH4.   The first fifteen minutes of the third class was also recorded http://youtu.be/Xg76r_VcLPw
Posted by Susan at 8:33 PM No comments:

Radio Broadcast
The ATLAS Center Dean will be the guest speaker on a Christian Talk Radio 1-hour program.  Tune in to WPIO 89.3FM (Central FLorida), or listen live-streaming at www.noncomradio.net on Tuesday March 5, 2013, from 7:30pm - 8:30pm.
Posted by Susan at 6:06 PM No comments:

The ATLAS Center presented a booth featuring the book "Pet Prayers" and hands-on pet blessings at the recent community event which attracted hundreds of vendors, pet lovers, and dogs.  See the link
http://hurleyburleygirl.wordpress.com/ written by one of the participants for more of the story and more pictures. 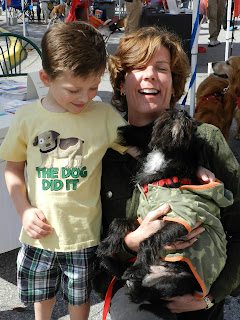 Important steps are being taken by the Church of England.

These steps will certainly impact not only who is considered a member of the worldwide Anglican Communion, but they will also impact the description of what that Communion actually is.

Dear Brothers and Sisters in Christ,

When +Justin Welby is enthroned as the new Archbishop of Canterbury on March 21 (Feast of Thomas Cranmer), he will immediately inherit a stunning challenge to his ability to lead the rest of the Anglican Communion. That challenge was summed up in an almost-buried seventh paragraph of the Church of England's House of Bishop's Report of December 20, 2012. In short, paragraph 7 reported that being in a civil partnership is no longer an impediment to becoming a bishop in the Church:

7. "The House considered an interim report from the group chaired by Sir Joseph Pilling on the Church of England's approach to human sexuality. Pending the conclusion of the group's work next year the House does not intend to issue a further pastoral statement on civil partnerships. It confirmed that the requirements in the 2005 statement concerning the eligibility for ordination of those in civil partnerships whose relationships are consistent with the teaching of the Church of England apply equally in relation to the episcopate."

Translation: Gay clergy in civil partnerships will be allowed to become bishops if, when questioned, they promise to be sexually abstinent.

Of course, even gay rights activists conceded that "In practice at least half of the House of Bishops ignore the guidelines and do not ask [clergy in civil partnerships] questions about celibacy," when placing them in congregations. . .
Posted by Susan at 9:30 AM No comments: 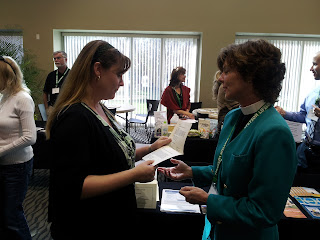 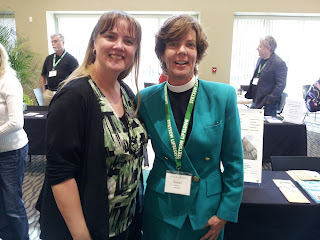 Stetson University is presenting a World Religion Series, including  "Anglicanism - Four Streams Flowing Together" and "A Scriptural View of how One Generation Equips the Next,"  taught by the Center for Anglican Theology, Liturgy, and Spiritual formation (www.CenterATLAS.org).Here we see on Friday, January 25, Dean Bubbers with Toni Castillo, Director of Stetson University - Celebration Center.
Posted by Susan at 10:46 AM No comments: 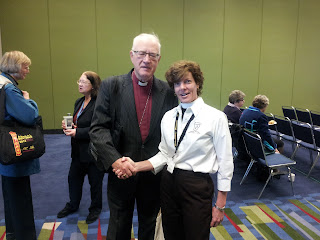 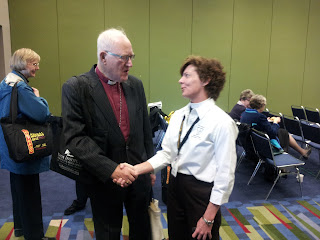 Saturday, November 17, 2012, the Dean of the Center for Anglican Theology, the Rev. Dr. Susan Bubbers, talks with former Archbishop of Canterbury, Lord George Carey, at the Society for Biblical Literature Conference.  The Conference meets annually, this year in Chicago, with an average attendance of 12,000 biblical scholars.  The session pictured here was hosted by the Society for the study of Anglicanism.  The Dean is wearing the ATLAS Center logo, now available for order in men's shirts, women's shirts, caps, and tote bags. 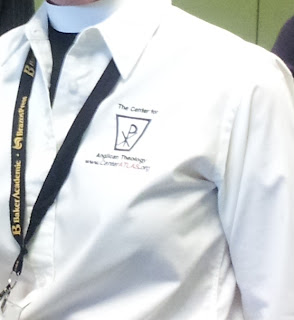 The day prior, Dean Bubbers had presented a response to a paper at a session hosted by the Institute for Biblical Research.  The following day, a group went to the University of Chicago to view ancient artifacts including a papyrus from 4th century Egypt, Greek manuscript, Psalm 33. 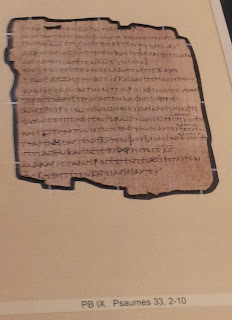 Go to www.DrSusanBubbers.org and click on the Catalog page to place an order.